At 30, Joss Stone, English soul, R&B and reggae singer – songwriter has spent half her life with music. She signed to a major label at 15, and released her debut album, The Soul Sessions, aged 16. Stone’s voice sounded nothing like a teenager’s but was reminiscent of a seasoned singer who has spent years in smoky nightclubs. It’s no wonder that The Soul Sessions has become a modern classic. Fourteen years and a handful of albums on, the count is 14 million albums sold worldwide with her success paving the way for a new generation of British female soul artists. She has earned numerous accolades, including two Brit Awards and one Grammy Award out of five nominations. 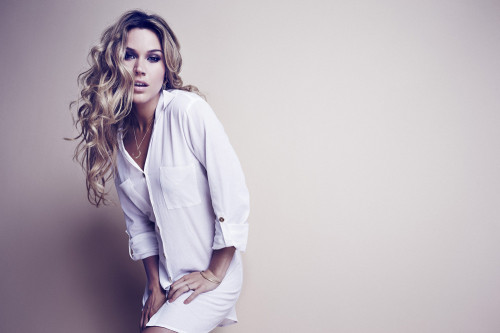 In her short young life and already long career, Joss has performed onstage with the likes of James Brown, Mick Jagger, Robbie Williams, Rod Stewart, Gladys Knight, Solomon Burke, Blondie, Smokey Robinson and Melissa Etheridge among many others. She’s contributed to albums by Jeff Beck and Ringo Starr, played the Super Bowl pre-game show and performed on the Grammy’s. In her thirty years she’s participated in more moments of absolute musical wonder than most people can hope for in an entire lifetime. And she’s approached it all with a sense of independence and joie de vivre. Stone has always been a bit of a rebel, whether she’s dancing barefoot onstage, dyeing her hair various colors, or speaking out issues she’s passionate about, which is part of what her fans love about her: she’s a free-spirit, following her own instincts at all times.

In 2015 her seventh album Water For The Soul was released. The year before, after years of dreaming and planning, Joss began her Total World Tour, with the aim of performing in every country on the planet.

She is currently touring the world and as part of this tour she will be on stage with her pop and soul hits in Veszprém.